Skip to Main Content
It looks like you're using Internet Explorer 11 or older. This website works best with modern browsers such as the latest versions of Chrome, Firefox, Safari, and Edge. If you continue with this browser, you may see unexpected results.

Beaufort County Community College is well-known for its outstanding nursing program, which was first initiated in 1960 as practical nursing program. The archives include a number of scrapbooks containing memorabilia from the nursing class through the years, dating back to 1963.

The Nursing Scrapbook Collections consists of scrapbooks dating back to 1963 through the late 1990's. These books contain collected news clippings, commencement programs, photographs, and other memorabilia from nursing graduates through the years. These materials can be found in archive boxes 7, 8, 9, and 10. 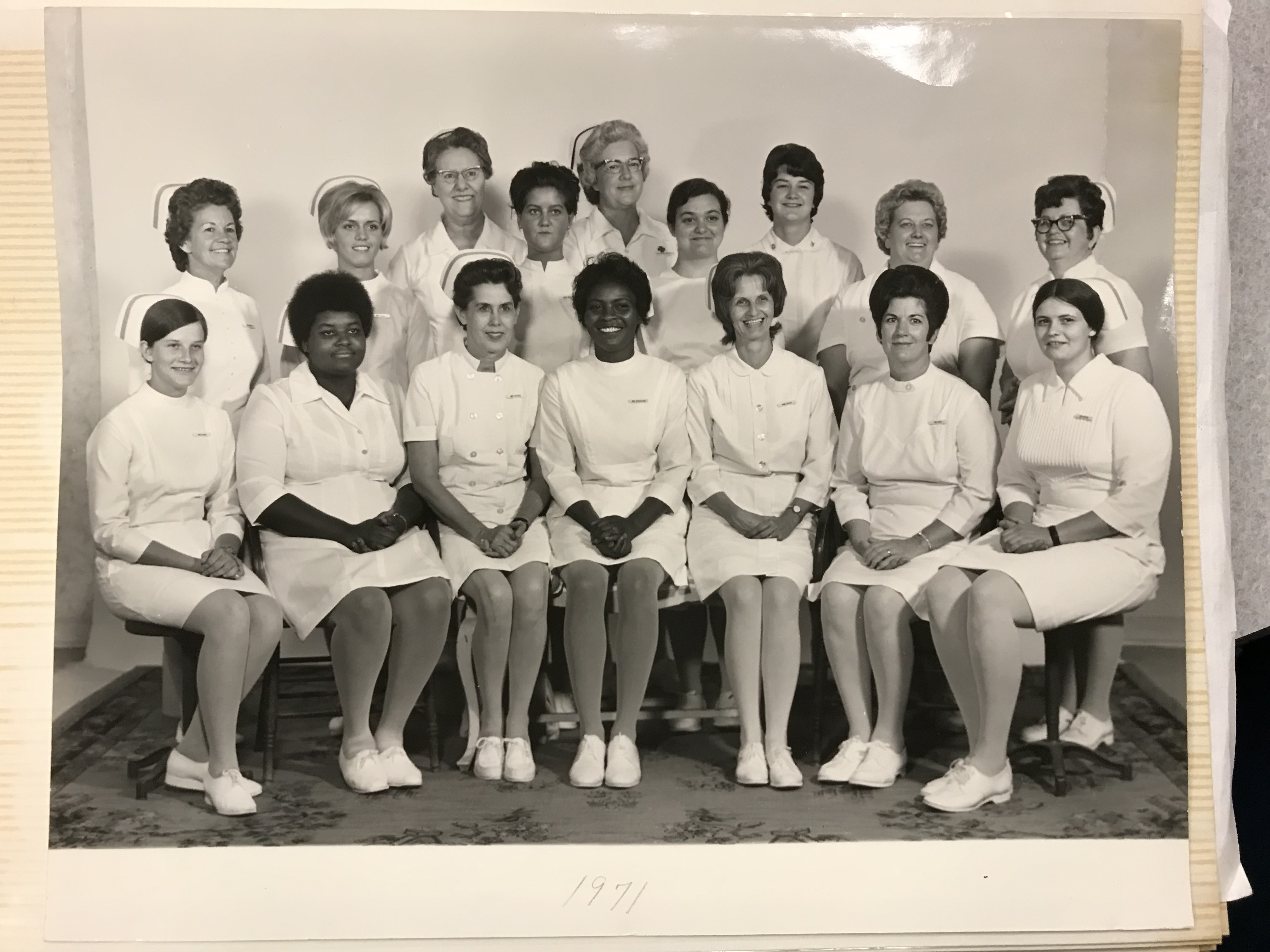 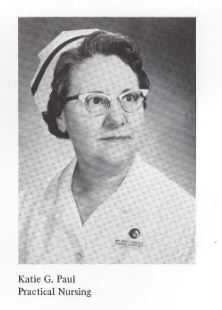 "Mrs. Katie Groce Paul was born in Person County and completed her elementary schooling in North Carolina. She attended and graduated from high school in Georgia before graduating from Roanoke Rapids Hospital School of Nursing in 1932. Mrs. Paul has post graduate nursing education in pediatrics, obstetrics, psychiatry, and anesthesia. She came to Washington in 1936 as the night supervisor and nursing instructor at Tayloe Hospital. The following year she married I. Bryan Paul and they had one son, I.B. Paul. Jr., born in 1943. Mrs. Paul returned to nursing and Tayloe hospital in 1947 and two years later began a practical nursing program for the hospital. She is now recognized as one of the pioneers in the field of Practical Nursing Education. In 1958, Mrs. Paul became the Director of Nursing at the new Beaufort County Hospital with the responsibilities of equipping, staffing, and organizing the nursing units of the new facility. 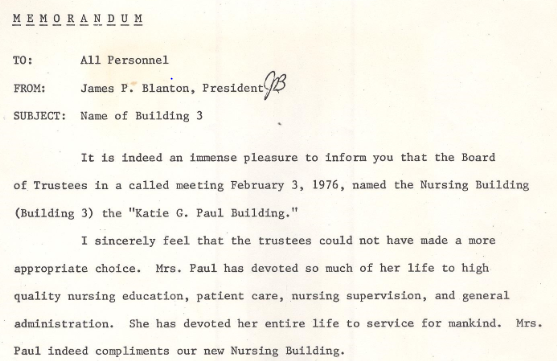