Skip to Main Content
It looks like you're using Internet Explorer 11 or older. This website works best with modern browsers such as the latest versions of Chrome, Firefox, Safari, and Edge. If you continue with this browser, you may see unexpected results.

Founded in 1967, Beaufort County Community College has a rich history that has been archived and is housed both in this library guide and in the library. BCCC began as Beaufort County Technical Institute with Mr. Charles H. Byrd as its first president. The first class graduated in 1968 and the college received full accreditation in 1973. In 1979, the college officially became Beaufort County Community College. This information and other materials about BCCC's history are held in the library and kept in archive box 1. 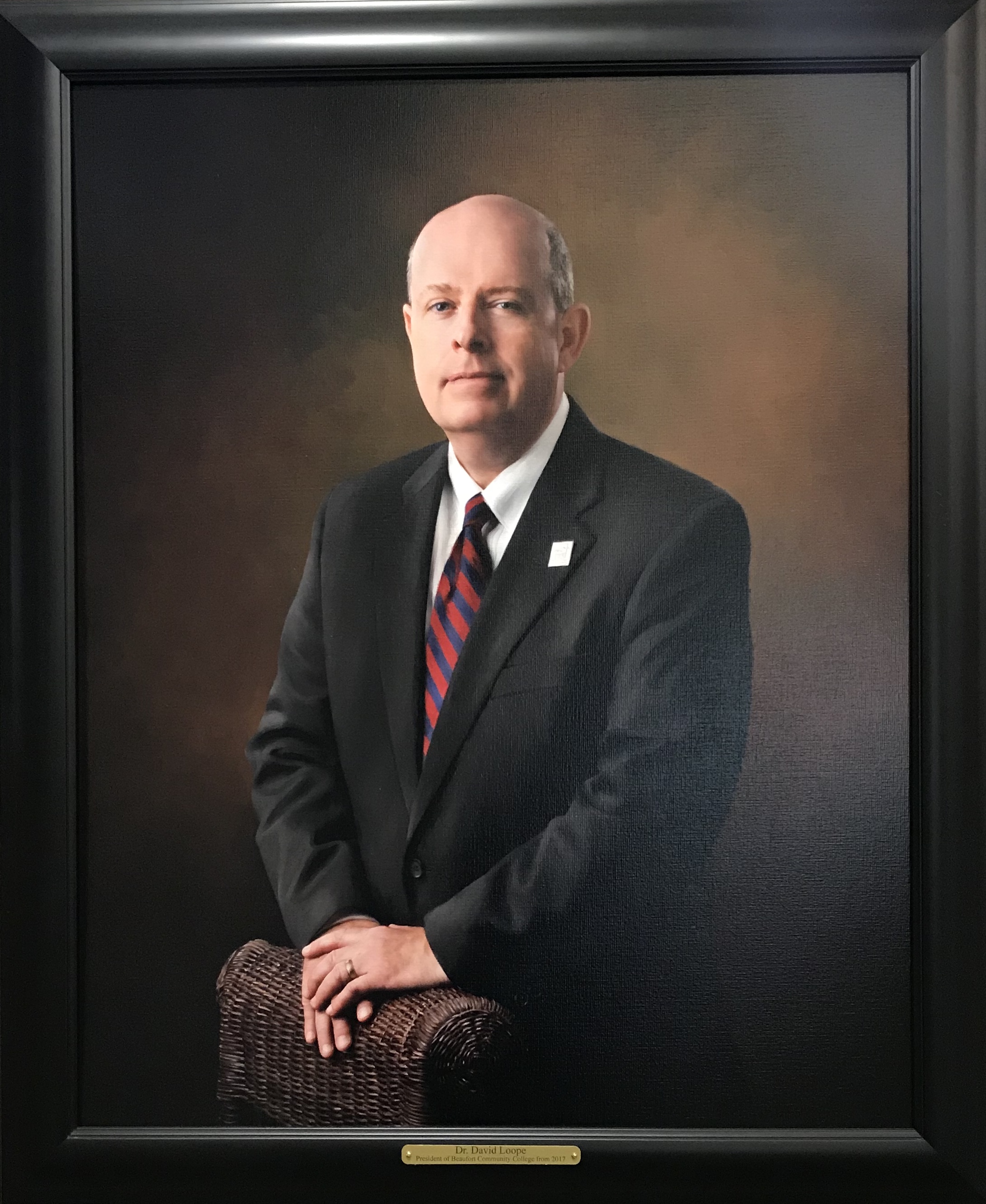 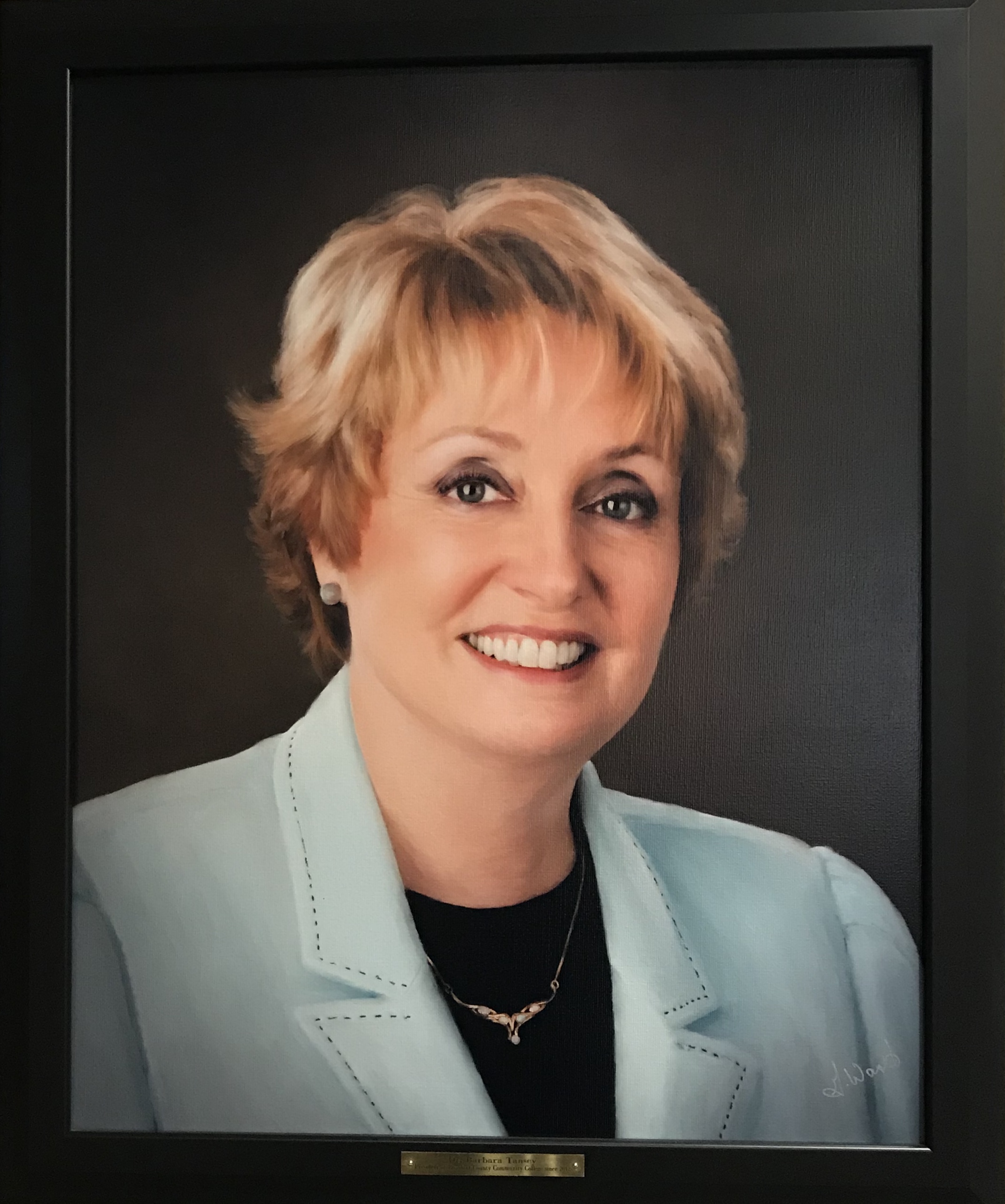 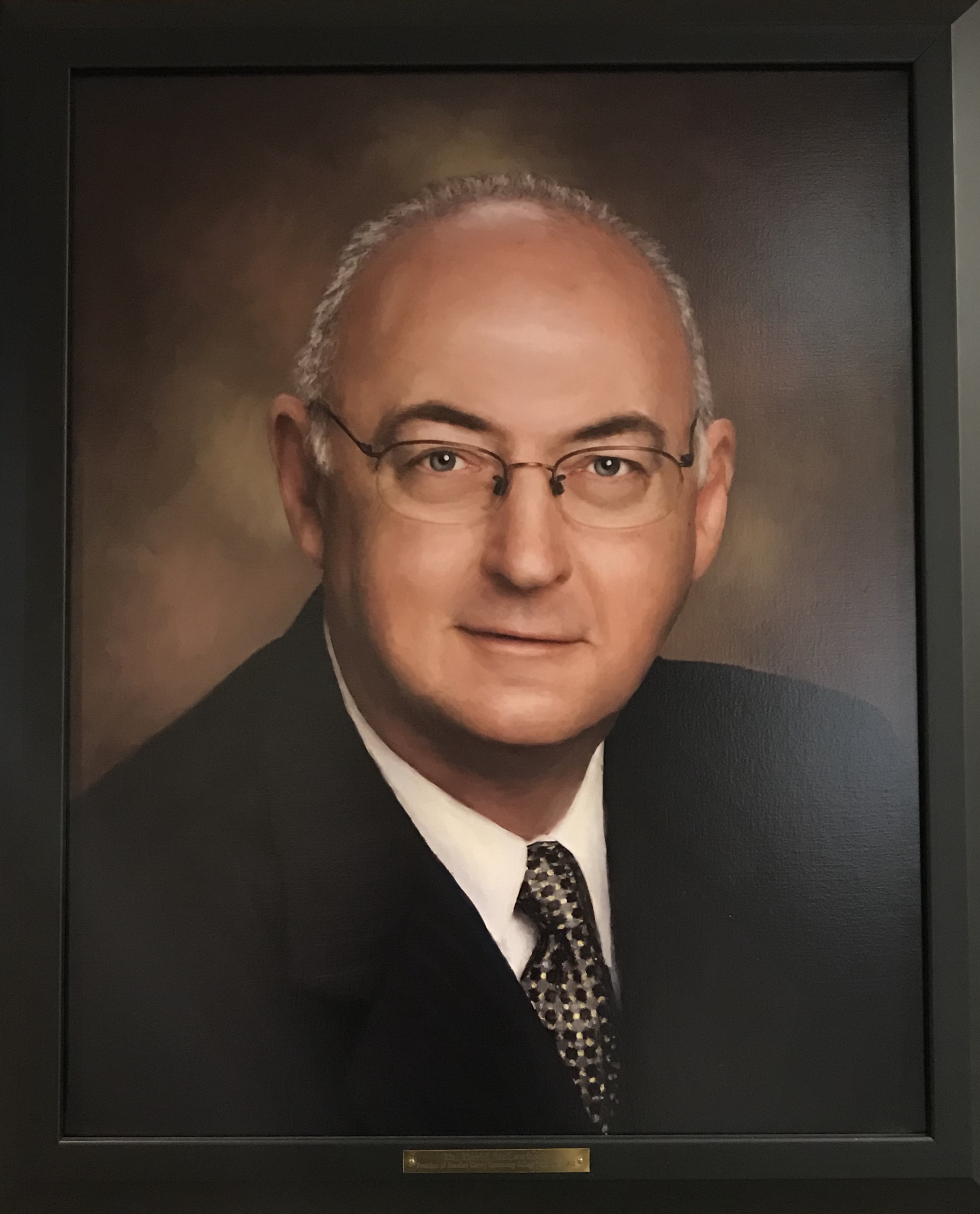 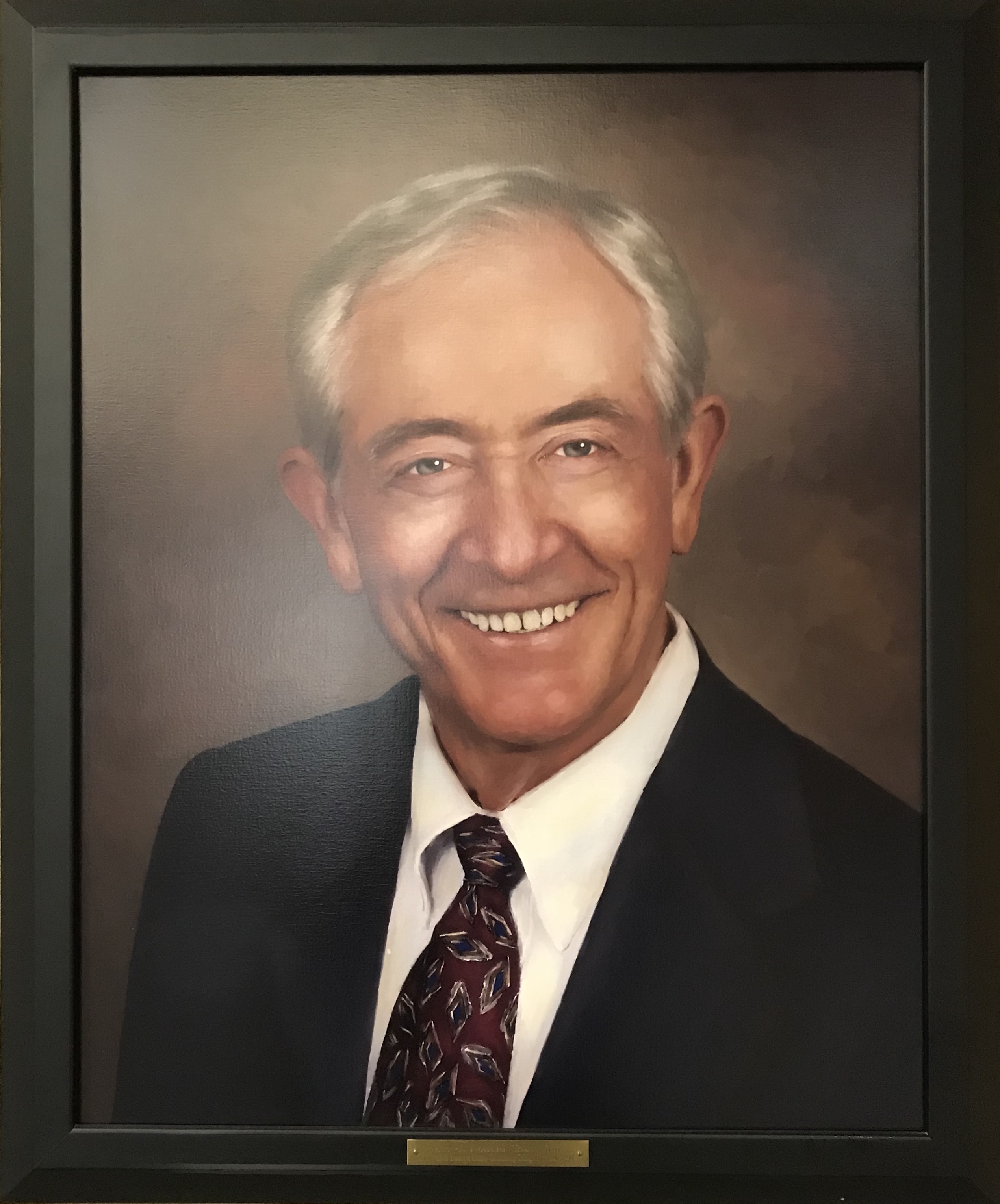 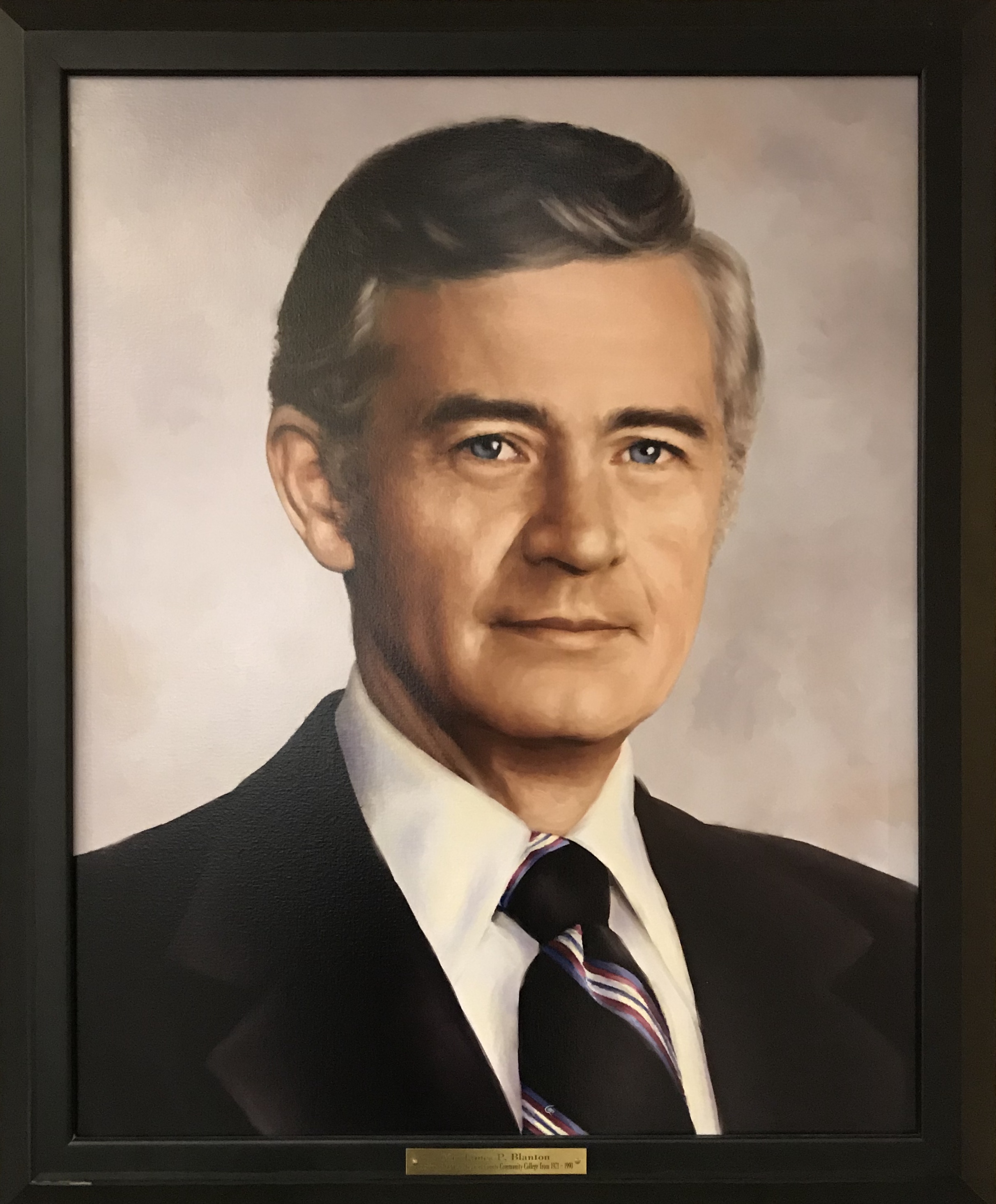 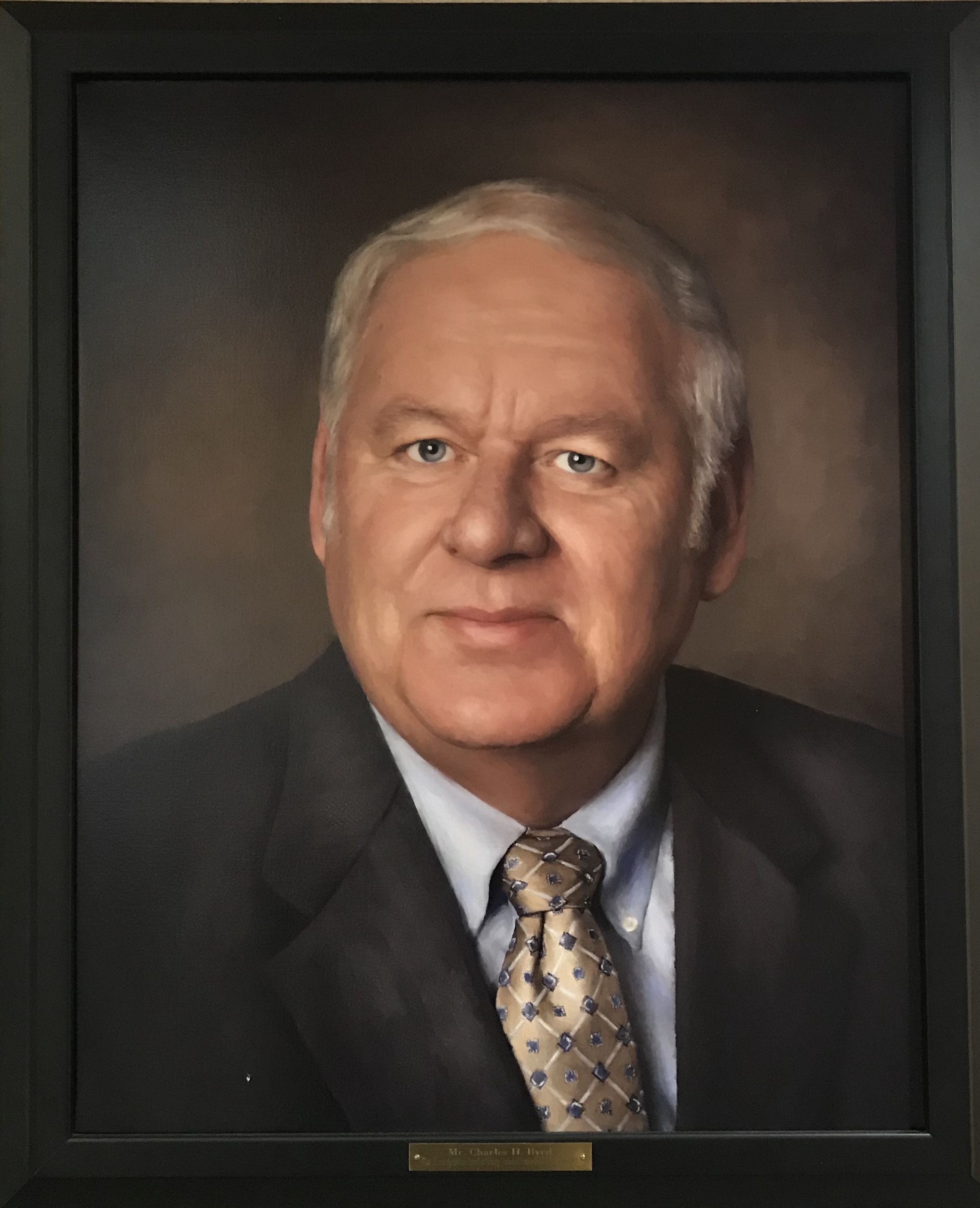 One known yearbook for the school is housed in the archive and can be found in box 1, folder 3. 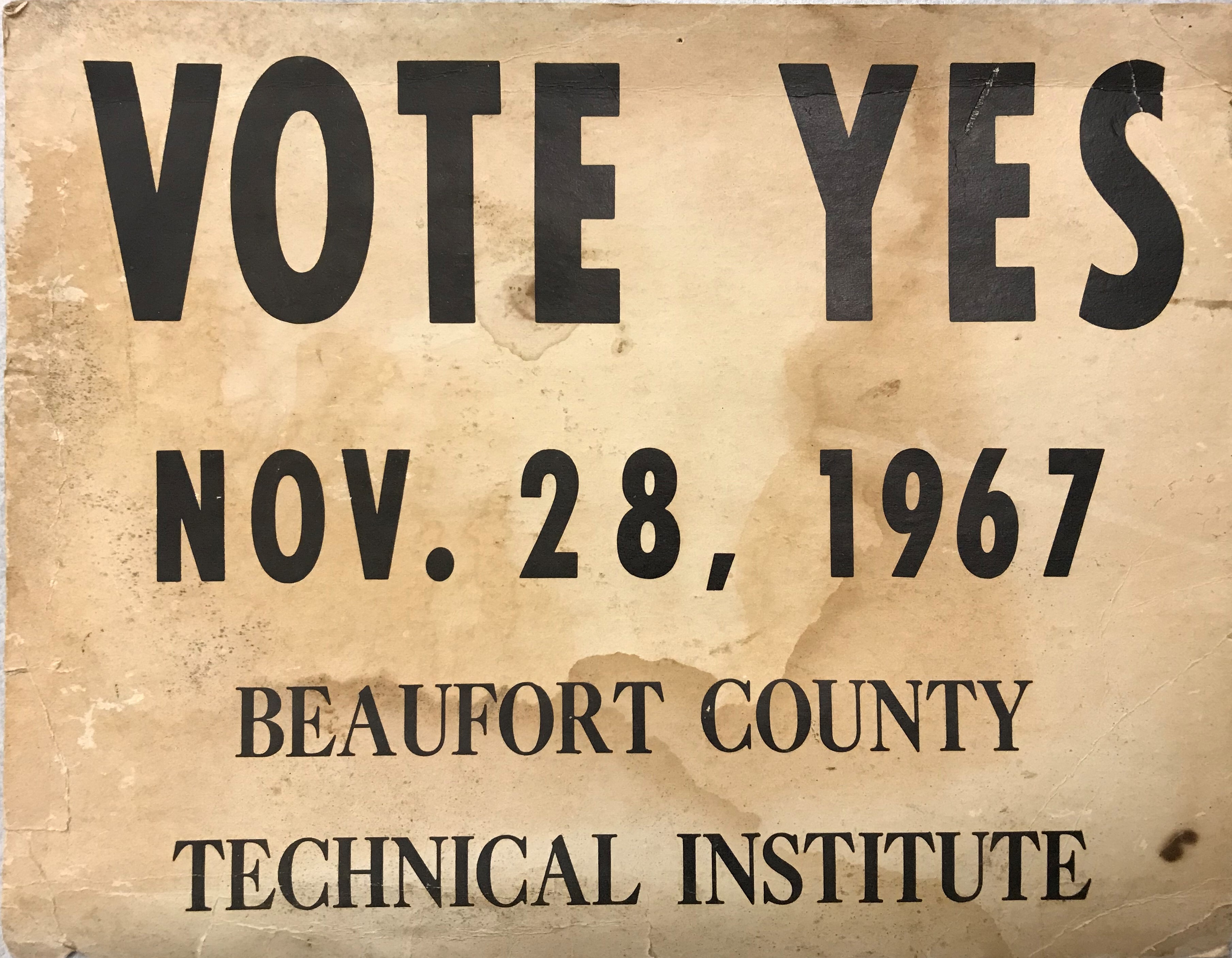 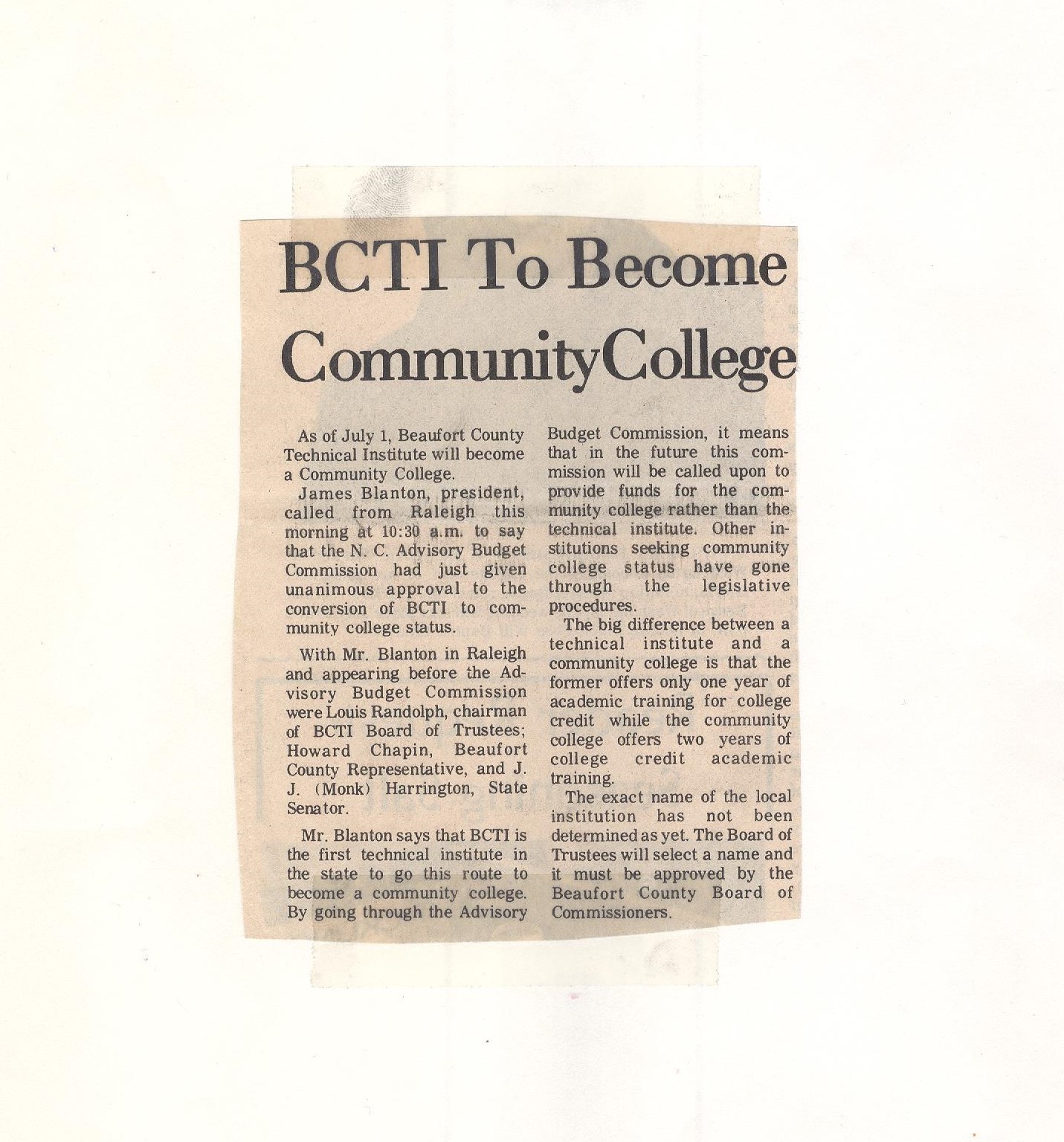 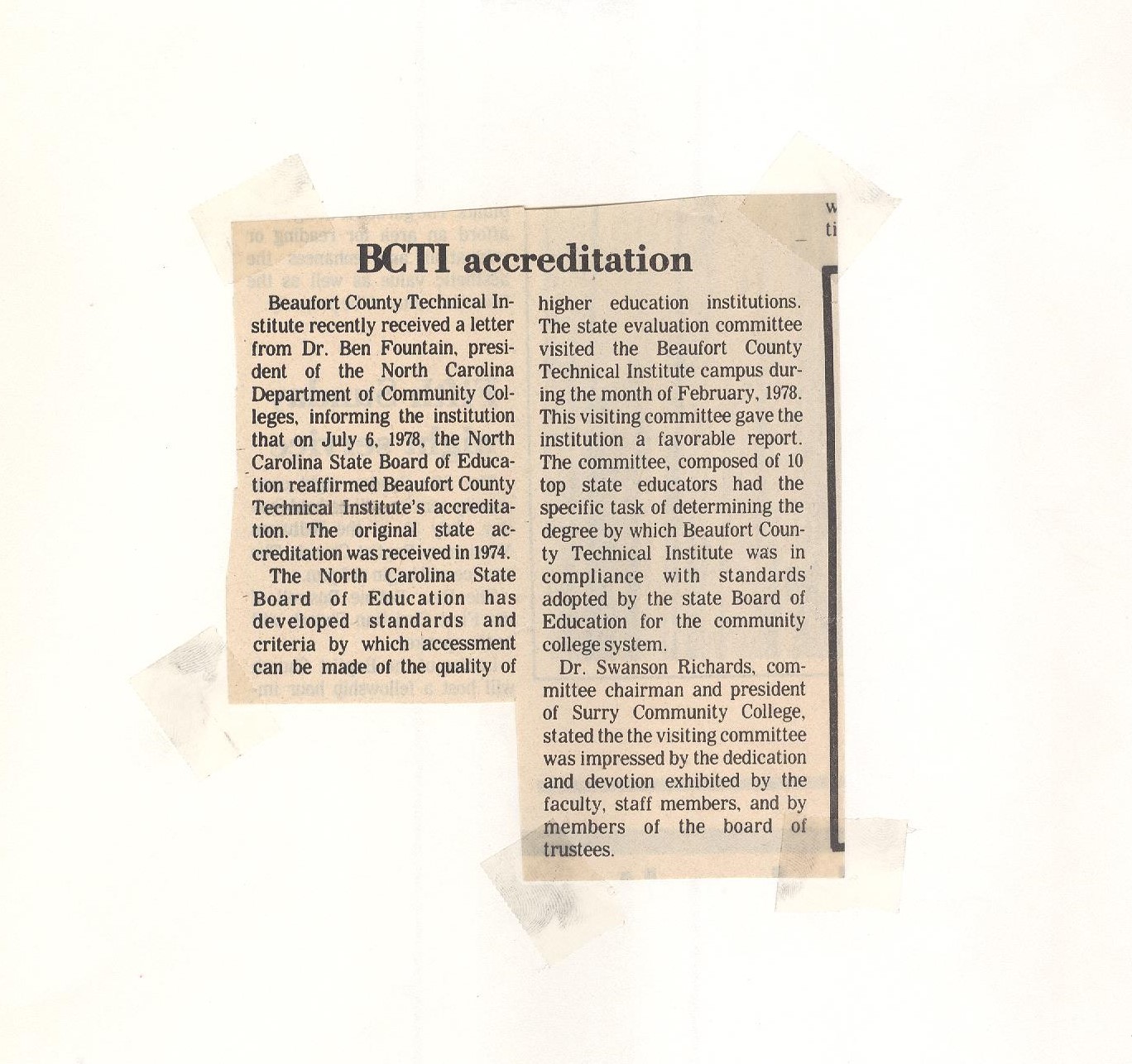 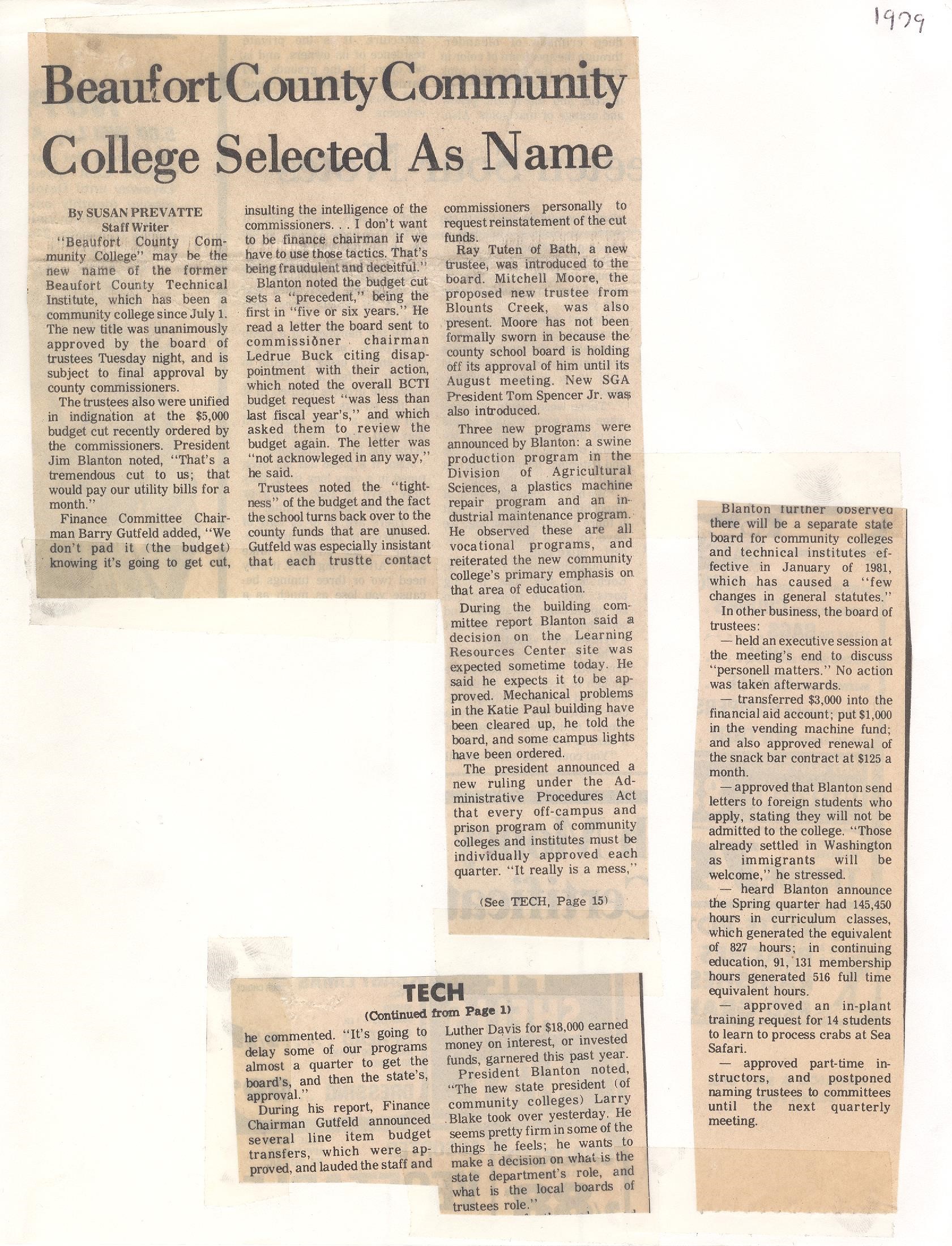 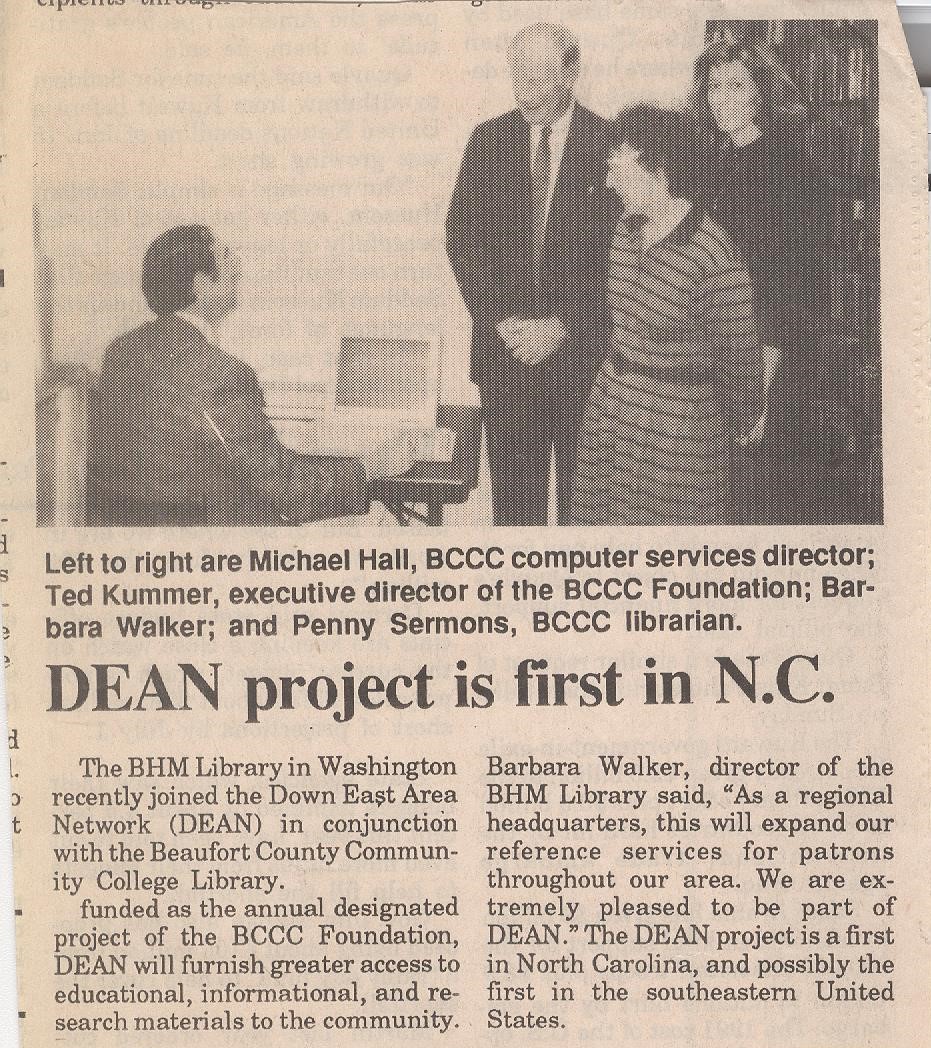 This scrapbook chronicles the origins of Beaufort County Community College from 1967 to 1968 through news clippings, letters, and news releases. The condition of the item is very fragile, but it's been digitized and can be viewed in as PDF document. Below is an index containing titles of the materials it contains.

Assorted audiovisual material are also available in the archive:

These materials can be found in archive boxes 11 and 12.